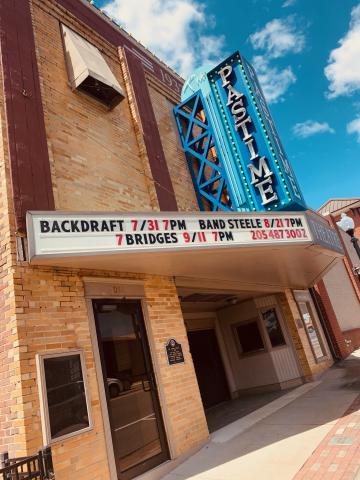 Winfield - The Pastime Theatre in Winfield is excited to announce that performances will be returning to The Pastime Theatre stage this July. On Saturday, July 31, at 7 p.m., the Pastime Theatre will begin its comeback with local talent favorites and Walker County-based country rock band Backdraft. Original band members were all firemen or the wife of a fireman, hence the name Backdraft. Backdraft has now spanned over two decades and continues to offer a variety of music styles from Oldies to Country to Rock & Pop. Backdraft has performed all over Alabama and neighboring states. Recently, two of Backdraft’s members, Vickie Cosby and Jeff Parnell, were featured in Jasper’s 78 Magazine. This concert is not part of the original concert series that had been postponed. Tickets for this performance will