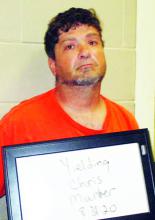 By Louis Mellini
Staff writer
HAMILTON — Two Hamilton residents died after a murder and suicide shooting involving a murder suspect who was out on bail.
Chris Yielding, 43, and his father, Charles Yielding, 80, were reported dead to emergency dispatchers by Chris Yielding’s mother on Monday, Sept. 19, at 3:15 a.m.
Yielding was arrested in August of 2020 for the murder of his partner Mandy Dozier and was released from the Marion County Jail in Hamilton on Jan. 25, 2022, on a bond amount of $506,000. 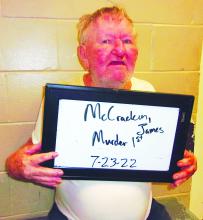 By Louis Mellini
Staff writer
HAMILTON —Hamilton resident James Ray McCracken was arrested on suspected murder in the first degree charges this weekend on Saturday, July 23, in Hamilton.
The Hamilton Police Department, along with the Marion County Sheriff’s Department, made the arrest on the day of the incident.
McCracken, 77, born in November of 1944, is currently being held in the Marion County Jail in Hamilton on a $500,000 bond.