No fishing at duck pond 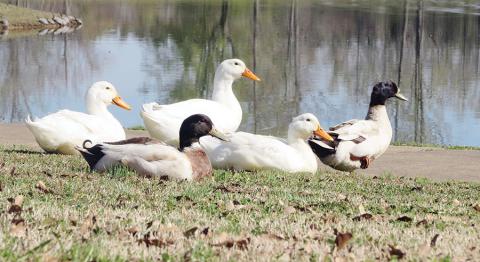 Ducks are shown enjoying a spring morning at the Bedford Industrial Park duck pond in Hamilton.

HAMILTON - Fishermen have been encouraged to abide by restrictions at a public pond.
Hamilton Councilwoman Tami Lewis Williams made a public announcement at a Hamilton City Council meeting on Monday, April 1, reminding anglers that fishing at the Bedford Industrial Park duck pond is not allowed.
The councilwoman said that she has received complaints about people fishing there, which has apparently resulted in some of the ducks being injured.