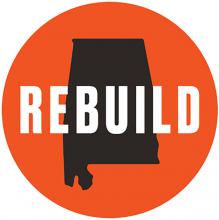 MONTGOMERY - The Alabama Senate voted 28-6 in approval of the Rebuild Alabama Act, which levies an additional 10-cents per gallon on fuel sales.
The state House of Representatives passed the referendum with a few amendments on Friday, March 8. The Senate voted the tax through on Tuesday, March 12, sending it to Gov. Kay Ivey’s desk, who signed it into law later that afternoon.

HAMILTON -  The Bevill State Community College Diversity Committee invited LaToya Cosby, the director of the Education Opportunity Center at Bevill’s Jasper and Sumiton campuses, to speak about her life experiences and encourage students during an event honoring African-Americans on Thu

HALEYVILLE - An interstate drug operation has been intercepted by local and regional agencies, who seized approximately eight pounds of marijuana in air-tight bags mailed from southern California to the post office in Haleyville.

Dymac Construction of Lynn continues its renovation work on the E.T. Sims Jr. Neighborhood Facilities Building. The work has included structure improvements and repairs as well as gym updates and a refurbished senior center. The renovation is tentatively set to be complete in May.

HAMILTON - The City of Hamilton has spent the last dollar from its 2014 bond account.
Hamilton Mayor Bob Page told the Journal Record that the city officially closed its bond account after paying out its remaining balance to Dymac Contracting for work its work on the E.T. Sims Jr. Neighborhood Facilities Building.
Hamilton City Clerk Angela Owen said that the remaining balance in the account was paid out on Feb. 19 for the rec center renovation.

Members of the Winfield Middle School robotics team explain the rules and strategy of a typical robotics competition during the Winfield City Board of Education meeting at the middle school on March 12. Demonstrating were Seth Birdsong, Easton Couch, Adam Cunningham and Auna-Kate Hale.

WINFIELD - The Winfield Middle School robotics team put on a demonstration during the Winfield City Board of Education meeting on Tuesday, March 12, in the board room at the school.

GLEN ALLEN -  The Glen Allen Town Council voted on Tuesday, March 5, to move forward with artist Missy Miles of Organic Vessels Studio and Art Gallery of Hamilton to paint a mural on the side of the Glen Allen Volunteer Fire Department building.

HALEYVILLE - Mid-South Newspapers Publisher Horace Moore is the new president of the Alabama Press Association Board of Directors.
Moore assumed the top leadership position of the state press association on Saturday, Feb. 9.

BRILLIANT - When the Brilliant Lady Tigers’ volleyball team advanced to Class 1A’s Final Four in October 2015, James Dickinson knew there was one more story to tell.

HAMILTON - Hamilton councilman Gene Sanderson has suggested the city begin discussing temporary tax options to fund road repairs.
Sanderson introduced the topic at the Hamilton City Council’s meeting on Monday, March 4, after regular business had concluded.
“We need to start doing something about paving some of these streets,” Sanderson said. “We’ve got a lot of people who are not satisfied with the streets in Hamilton.”

HAMILTON - The Hamilton Senior Center will have a brand new 15-passenger van to provide services to local seniors.
The Hamilton City Council voted unanimously to purchase a new 2019 15-passenger van at its Tuesday, Feb. 19, meeting.
Hamilton Mayor Bob Page said between three to four months will be necessary for the van to be obtained.

WINFIELD - The Winfield City High School drama students are presenting their annual spring production at The Pastime Theatre this week. The students will present the romantic comedy Tom Jones with public performances on Thursday, March 14, at 7 p.m., and on Sunday, March 17, at 2 p.m.
The production was adapted by David Rogers from the novel written by Henry Fielding, published in 1749. The book is generally considered one of the first novels in the English language.

Tracy Peoples (left) and Chris Hargrove (right), vice presidents of Dynamic Security Inc., who have provided security guards for the Marion County Courthouse since 2016, visited with members of the Marion County Commission and other local officials to discuss solutions and preventative measures after the Friday, Feb. 22, incident in which a security guard accidentally discharged two rounds from a handgun while on duty. 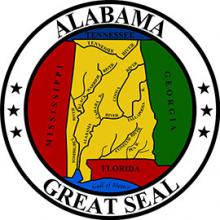