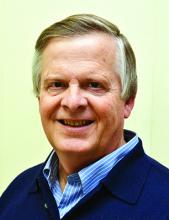 By Louis Mellini
Staff writer
MARION COUNTY — President Joe Biden, Vice President Kamala Harris and the U.S. Department of Education have announced a three-part plan that aims to help working and middle-class federal student loan borrowers transition back to regular payment as pandemic-related support expires. This plan includes loan forgiveness of up to $20,000.
The Journal Record reached out to local political leaders to ask their input on the new plans by the Biden-Harris Administration.

Marion County is in a minor drought condition, facing abnormally dry to moderate drought this season.

By Louis Mellini
Staff writer
MARION COUNTY — The heat in Alabama, while not entirely abnormal for a July in the state, may have some farmers and gardeners slightly worried about droughts in the area.
While Marion County has certainly been no dust bowl this year, a recent report by the U.S. Drought Monitor shows that Marion County is facing abnormally dry to moderate drought this summer. 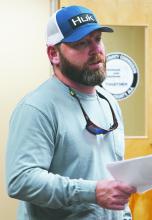 EMA Director Eric Terrell, right, says issues with sirens, like the one to the left, have affected the whole county.

By Louis Mellini
Staff writer
HAMILTON — Marion County has experienced quite a whirlwind week in terms of weather and has not been helped by its lack of a tornado alarm system.
Marion County was placed under a tornado watch on Thursday, Feb. 17, with both Guin and Winfield being placed under a tornado warning in the afternoon, which was canceled 20 minutes later. Residents noticed that none of the city’s tornado warning system sirens had sounded.

By Louis Mellini
Staff writer
HAMILTON — Hamilton is about to get its very own rodeo after Matt McCracken announced the event to the Hamilton City Council during a work session on Wednesday, Feb. 16.
McCracken addressed the council to ask for support in the buildup to the event, which is set to be held in early May.
“We’ve got a group of cowboys who have contacted us and kind of taken an interest in Hamilton,” said McCracken.

By Louis Mellini
Staff writer
HAMILTON — As of Friday, Jan. 28, at 5 p.m., a number of people qualified to run for elected offices in the 2022 elections.
According to the Alabama Secretary of State’s website, which shows dates for the 2022 elections, both the Republican and Democratic primaries for U.S. Senate,  U.S. House, state and county offices will be Tuesday, May 24, with any necessary runoffs on Tuesday, June 21, and the general election on Tuesday, Nov. 8.
Marion County
candidates:
Incumbents will have an (I) after their names.