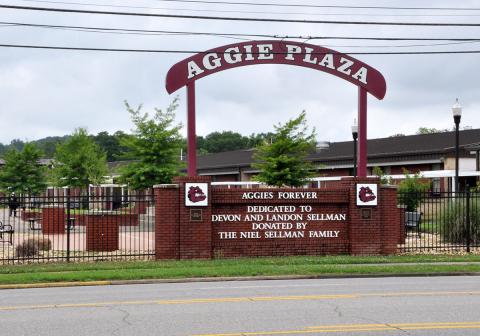 HAMILTON – Should Hamilton form its own city school system? They want to hear from you.

The City of Hamilton announced on Wednesday, Sept. 22, plans to host a public forum to discuss the issue openly. The forum is scheduled for Thursday, Oct. 14, at 6 p.m. and will take place in the Hamilton Police Department’s courtroom (former Hamilton City Hall).

The Hamilton City Council ordered a feasibility study in June to explore what would be required to break away from the Marion County School System and to establish its own city school system.  The results of that study were returned last month.

The study, conducted by city school advocate John Myrick, scrutinized Hamilton’s financial position and projected what type of infrastructure and resources would be required to operate the school system. He concluded in his study that a city school system “would not be a lot better off financially” but would give local ownership to education and “do some very positive things for its students and community.”

The city commissioned the study stating that Hamilton’s schools are not performing to the extent they believe possible.

Hamilton Mayor Bob Page says that this will be a time for the city officials to listen and answer questions about the process. Page said he sees this meeting as the next step in the city’s study.

“Proper people will be in place to give full and honest answers to our concerned public,” Page said.

He said this meeting will provide the opportunity for individuals to be called on and given no more than five minutes to make statements. He said questions and exchanges could take longer.

"We will try and be as upfront as we can and as candid as we can,” Page said. “We want to back up everything we say with facts.”

The mayor added that he and the city council see the public’s interaction as an essential element to this decision.

The meeting is open for everyone to attend but will be primarily geared to Hamilton residents. Individuals will be called upon to speak without needing to submit questions in advance or be approved to make a comment. Marion County Board of Education members have been invited to participate in the meeting as well.

According to Page, a final decision on city schools may not be made until the first quarter of 2022, as the city will continue to research how its finances are structured, what is available through state and federal monies and how it wants to organize the school administration and board of education.

The city’s finances are a “heavy” factor in the decision, according to Page. He and the city council have previously expressed that they would not support the change if it entailed a tax hike.

The withdraw of Hamilton High, Hamilton Middle, and Hamilton Elementary school would remove more than 1,300 students from the Marion County School System, which currently consists of 11 different campuses in Bear Creek, Brilliant, Hackleburg, Hamilton and Guin.

The loss of students equates to a loss of federal and state monies which are allocated by a systems’ enrollment numbers. Local county education taxes would be split as well. During Hamilton’s previous attempt to incorporate a city school district 30 years ago, lost revenues were expected to put the Marion County School System in a position where it would be forced to consolidate its remaining schools.