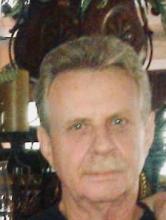 Mr. Rickey White, 74, of Winfield, passed away on Wednesday, Oct. 5, 2022, at his residence.
Mr. White was born on Nov. 11, 1947, in Winfield to Ned and Hattie Belle Haney White.
Mr. White was a United States Marine Corp Veteran and welder for International Harvester Co. in Illinois for many years. He then moved to Florida where he was owner/operator of his own dry-wall company until his retirement. After his retirement, Mr. White returned to his hometown of Winfield and enjoyed riding motorcycles, and spending time with his family and friends.
Mr. White is survived by his son - Rickey (Kathleen) White, Jr. of Taylor Ridge Ill.;, daughters - Kristel White (Daniel) Brown of Winfield, Angela (Ramon) Rosales of Rock Island, Ill., and Luzena Donell of Oregon; grandchildren - Zachary, Hunter, Jessica and Tiara White; great-grandchildren - Payton, Libby and Journee White; sisters - Cathy (Jerry) Bowen and April (Greg) Cole both of Winfield; and a host of uncles, aunts, cousins and other relatives.
In addition to his parents, Mr. White was preceded in death by brother - Russell Kettler; grandparents - Bill and Autie Haney; and a niece - Amy Crosby.
The funeral service for Mr. White was held on Saturday, Oct. 8, 2022, from the Bowen Funeral Home Chapel with burial following at the Mt. Pisgah Cemetery near Brilliant.
Bowen Funeral Home
981 State Highway 253
Winfield, Ala.  35594
205-487-4327