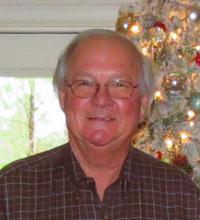 Mr. Everett Lee Sizemore, 74, of Coker, formerly of Winfield, passed away on Sunday, Sept. 25, 2022, at the UAB Medical Center.
Mr. Sizemore was born in Vernon on Sept. 21, 1948, to Daniel and Rosie Hollis Sizemore. Mr. Sizemore was a member of the Winfield Church of Christ and a United States Navy Veteran of the Vietnam War. He was a 1967 graduate of Winfield City High School; he then attended the University of Alabama and earned his bachelor’s degree in accounting. Mr. Sizemore was the owner of Sizemore General Contracting from 1982 until 1992, he later owned and operated Winfield Equipment Rental for over 30 years.
Mr. Sizemore is survived by his wife of 55 years - Peggy Weeks Sizemore; daughters - Michelle Hall of Tuscaloosa, and Tori (Mark) Glaze of Tuscaloosa; grandchildren - Hayley and Caitlyn Hall, and Aiden and Lawson Kelley; brother - James Sizemore of Winfield; sisters - Dorothy (Howard) Hughes of Winfield, and Joyce Cicala of Maryland; and a host of nieces, nephews, and other relatives.
Mr. Sizemore was preceded in death by his parents.
A time of remembrance was held on Sunday, Oct. 2, 2022, from the Bowen Funeral Home Chapel.
In lieu of flowers, the family requests that donations be made to the UAB Department of Medicine Development Division of Gerontology, Geriatrics, and Palliative Care BDB 420 1720 2nd Ave South Birmingham, Ala., 35294-0012.
Bowen Funeral Home
981 State Highway 253
Winfield, Ala.  35594
205-487-4327