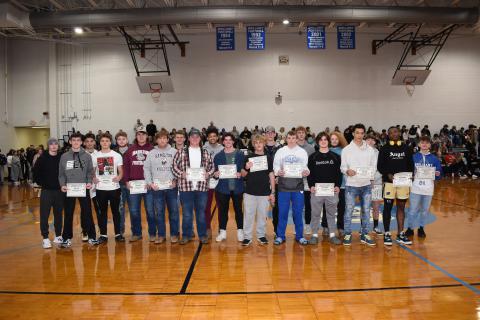 By Peter J. Gossett
General Manager/Editor
BRILLIANT — Those outstanding athletes who have worked hard at perfecting and honing their skills this school year were added to the pages of history recently. These athletes from the football, volleyball and basketball seasons were named to the all county list by the Marion County Coaches and Principals Association during the Marion County Basketball Tournament at Brilliant Friday, Jan. 21.