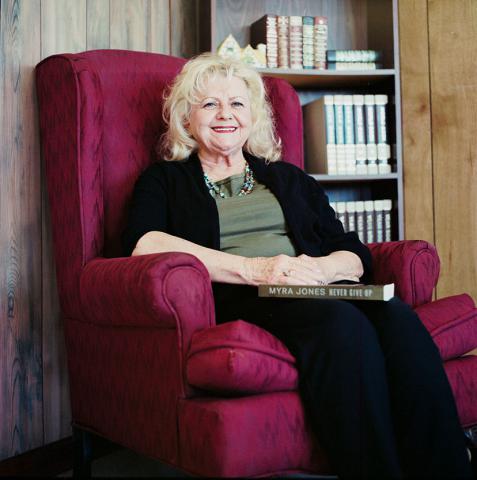 First-time author Myra Jones is shown seated with her book, “Never Give Up.”

HAMILTON -  Author Myra Jones has written her first book published on Dec. 23, 2020, titled “Never Give Up” as told to Jones by her uncle Drolan Chandler, who was a veteran and Prisoner of War (POW) during WWII who lived in Detroit.
Jones wrote the book after having several conversations with her uncle concerning his time during and after World War II.
“Uncle Drolan and I spent many hours together, with him telling me one fascinating story after another, about his experiences in World War II--Pacific Theater, Philippines, from a soldier’s point of view,” Jones said.
“So many of the WWII books are written by  generals, majors, or other officer ranks with a totally different perspective than from the frontline, jungle warfare, starving soldier’s point of view.”