Love’s to build in April 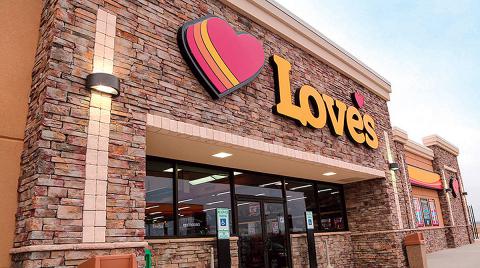 HAMILTON - Construction on Hamilton’s new Love’s Travel Stop and Country Store has been pushed back again.

Hamilton Mayor Bob Page told the council during a work session held on Wednesday, Feb. 26, that Love’s March 21 start date has been delayed until April.

Love’s officials had projected construction on its new $12 million facility to begin in December. The store will be located off Interstate 22’s Exit 14 in Hamilton, off County Road 35 and River Road Drive.

The full-service station will operate 24-7, 365 days a year and is expected to create 50 new jobs. The store will include an Arby’s.

Page said that Love’s engineers are moving forward on the Hamilton site project and have been in contact with the Hamilton Water Department and Northwest Alabama Gas District concerning utility access.

“Rodney (Williams) explained how we do our water and they loved it and said it was very satisfactory,” Page said.

The company has requested both a two-inch and a three-inch meter installed to serve their facility.

“That project (Love’s) is moving forward a bit at a time--not as fast as we had hoped, but at least it’s still coming,” Page said.

Page added that the city will be seeking bids for road improvements on County Road 35 during March. The work will add a turn lane for motorists turning onto River Road Drive to accommodate the increased traffic expected to be generated by the new Love’s.