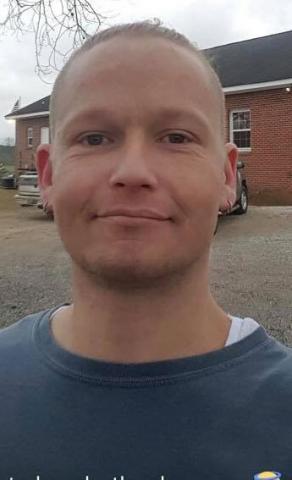 NORTH FORK - Authorities say the remains of a Marion County man have been found two years after he was last seen.

Marion County Sheriff Kevin Williams told the Journal Record that local investigators have discovered substantial evidence that human remains found in the North Fork area belong to Zach Pike, who was last seen in May 2018.

According to Williams, human remains were discovered by four individuals riding ATVs on Saturday, April 25, in the woods one mile west of the old North Fork Bridge between Hackleburg and Hamilton. Two of those individuals, who wished not to be identified, traveled to Hamilton later that day to report their discovery to authorities.
Williams said North Fork is a common area for individuals to explore.

Deputies were able to search the area that same day and successfully find human bones off a trail. Williams said they were found beneath a bluff.

Marion County investigators returned the following Monday (April 27) to search the area with the 25th Judicial Circuit District Attorney’s Office. Another search was conducted on Monday, May 4, with the help of volunteers with the GTR K-9 Search Team out of Columbus, Miss.

The additional searches resulted in authorities finding more human bones, remains of male clothing, a phone charger wrapped around a walking stick and a cellphone.
District Attorney Investigator Rusty Hulsey was able to scan the phone’s SIM card (subscriber identity module) and determine that the phone belonged to an individual Pike had been with the night he disappeared. No other information on the phone is recoverable, Williams said.

The sheriff said authorities are 99% sure the remains belong to Pike, due to the male clothing being found and who the cellphone belonged to.

Pike’s family members were contacted later that day (May 4) to be notified, Williams said.

Pike and 24-year-old Jessica Hamby are the only reported missing persons in Marion County. Hamby went missing only months before Pike, in January 2018.

According to reports, Pike had been with a group who had been using methamphetamine in Red Bay and were traveling to Haleyville that night.

Williams said Pike was high during the ride and started “freaking out” at one point of the drive and had the driver stop the vehicle. Pike then reportedly got out of the car and ran into the woods.

Pike stole a cellphone from a female in the car when he ran, Williams said.

Authorities have been trying to determine where Pike had run into woods that night. Williams said Pike was the only one in the car who knew the area. No one else in the car could provide authorities with an exact location.

According to reports, the group had traveled Highway 172 and were believed to have stopped somewhere between Hodges and Hackleburg.

The closest portion of Highway 172 to North Fork Bridge is roughly four miles away.

Authorities are ruling out homicide in the case, Williams said, noting that the cellphone charger wrapped around a walking stick indicates Pike had walked to the place he was found.

The sheriff is also ruling out the possibility of Pike dying due to falling from the bluff he was found under. Williams said the remains were found far enough under the bluff that there is not a chance Pike could have landed there if he had jumped, fallen or had been pushed.

“Now the question is, what happened to him? We don’t know,” Williams said.

Pike is believed to have been in possession of narcotics when he entered the woods, according to Williams.

A skull and teeth have been sent to the Alabama Department of Forensic Science in Huntsville for final DNA confirmation, which could take as long as eight months.
25th Judicial Circuit District Attorney Scott Slatton is attempting to find any existing dental records for Pike. Williams said if the teeth can be used to identify the remains, local authorities could have confirmation in just a week.

“I’m glad this case is resolved--not for us, but for the family,” Williams said. “Maybe they can now get a death certificate and have some closure.”

More details will be posted as they develop.