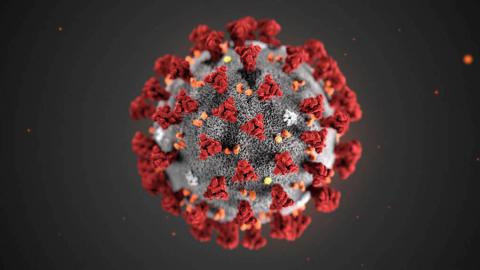 (Editor’s note: The coronavirus outbreak is developing every day, and at the time of this publication, many details are likely to have changed. To stay up-to-date, please visit the Journal Record’s website, myjrpaper.org. SBJ)

Coronavirus, or COVID-19, is shuttering the nation and its effects are being felt in Marion County.
Alabama confirmed its first case of coronavirus in Montgomery County at the Maxwell-Gunter Air Force Base on Friday, March 13. At that time, the state was one of six—Alabama, Alaska, Idaho, Maine, Montana and West Virginia—left without a confirmed case.
On Tuesday, March 17, 39 cases were confirmed in the following counties:
• Baldwin - 1;
• Elmore - 2;
• Jefferson - 21;
• Lee - 3;
• Limestone - 1;
• Montgomery - 2;
• Shelby - 4; and
• Tuscaloosa County - 3.
No deaths have been reported.
ADPH’s Area 1 Office in Colbert County has said there has not been a confirmed case in Marion County. Area 1 includes the counties of Marion, Colbert, Franklin, Lauderdale, Walker and Winston.
According to the Marion County Health Department, any screenings for potential cases will be conducted by an individual’s primary care physician.
A national state of emergency was declared later on March 13 by President Donald Trump to free up $50 billion in federal resources to combat the outbreak.
Gov. Kay Ivey declared a state of emergency in Alabama hours later, announcing that all public Pre-K and K-12 schools will be closed for 2 1/2 weeks beginning at the close of business today (Wednesday, March 18).
In response to the rising number of cases, ADPH issued a recommendation on Monday, March 16, that public gatherings, restaurants and business should limit their capacity to 50 and that individuals should keep six-foot distances from one another.

COVID-19 pandemic
The World Health Organization (WHO) declared the outbreak a pandemic on Wednesday, March 11. This is the first pandemic issued by WHO since 2009 for the H1N1 “swine flu.”
According to the Centers for Disease Control and Prevention in Atlanta, Ga., coronaviruses are a large family of viruses that are common in people and many different species of animals, including camels, cattle, cats, and bats.
The virus has been named “SARS-CoV-2” and the disease it causes has been named “Coronavirus Disease 2019” (abbreviated “COVID-19”).
The CDC says a pandemic is a global outbreak of disease. Pandemics happen when a new virus emerges to infect people and can spread between people. Because there is little to no pre-existing immunity against the new virus, it spreads worldwide.
Early on, the CDC said many of the patients at the epicenter of the outbreak in Wuhan, China, had some link to a large seafood and live animal market, suggesting animal-to-person spread. Later, a growing number of patients reportedly did not have exposure to animal markets, indicating person-to-person spread.
According to worldometer.info, confirmed cases worldwide are nearing 204,831 with 8,272 deaths and 82,889 recoveries at presstime on Monday, March 16. According to a New York Times database, the U.S. has at least 5,879 confirmed cases and at least 107 have died.
This is the first pandemic known to be caused by the emergence of a new coronavirus, according to the CDC. In the past century, there have been four pandemics caused by the emergence of novel influenza viruses.
COVID-19 symptoms
COVID-19 symptoms include fever, cough and shortness of breath.
The CDC recommends that if someone develops the following emergency warning signs for COVID-19 to get medical attention immediately:
• Difficulty breathing or shortness of breath;
• Persistent pain or pressure in the chest;
• New confusion or inability to arouse; and
• Bluish lips or face.
Those at risk of severe illness are older adults, with risk increasing by age and those who have serious chronic medical conditions, such as heart disease, diabetes and lung disease.
The CDC suggests that at-risk persons:
• Stock up on supplies;
• Take everyday precautions to keep space between others;
• If in public, keep away from others who and wash hands often;
• Avoid crowds;
• Avoid cruise travel and non-essential flights; and
• If there is a community outbreak, stay home as much as possible.