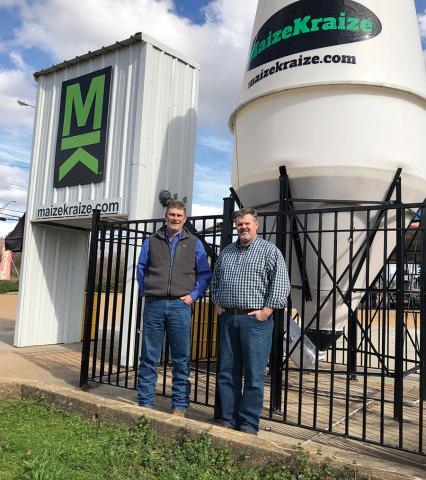 Guin - Less than an ounce was all that stood in the way of a dream held by Guin natives and lifelong friends Jason Spiller and Ben Burleson.
The two are founders and owners of an emerging company, Maize Kraize, that sells corn vending stations.
Four business owners and individuals have purchased the machines  between Marion and Franklin counties, which currently can be found at the Shell gas stations in Guin and Hamilton, the Pure gas station in Winfield and at the intersection of County Highway 77 and State Highway 24 in Russellville.
A co-op in Ringwood, Okla., has also purchased the system and is offering the service to its customers on it’s business site.