By Scott Johnson General Manager TUPELO, MISS - Hamilton athlete Jamie Colburn, 17, a recent Hamilton High School graduate, lost his first competitive boxing match on June 12. But Colburn says he’s eager to get back inside the ring. Colburn faced off with a seasoned amateur boxer, Elijah Williams of Tupelo, in the TCB Fights BIG Time Boxing night, held at the Tupelo Furniture Market, which coincided with the city annual Elvis Festival. I-Deal Boxing Trainer Cody Harris said Colburn held his own in the first of three rounds. 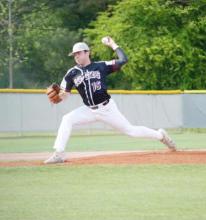 By Scott Johnson General Manager Four local baseball players were named to teams in this year’s sportswriters all-star team. The Alabama Sports Writers Association (ASWA) released its 2021 all-state teams on Sunday morning, June 13. The All-State team is compiled through submissions from coaches to sportswriters in their area and voted on by the ASWA prep committee. A pitcher, hitter, player and coach of the year is then selected in each class.
By Scott Johnson General Manager HAMILTON - Substitute teachers were in short supply during the COVID-19 pandemic. There will be two opportunities to sign up as a substitute teacher with the Marion County School System throughout the next year. The Marion County Board of Education will be signing up new substitute teachers, support workers, lunchroom workers and bus drivers on Wednesday, July 7, 2021, from 8 a.m - noon and 1 - 3:30 p.m. The final day to sign up for the first semester will be Tuesday, Aug. 3, from 8:30 a.m. - noon and 1-3:30 p.m.
By Scott Johnson General Manager Two Marion County Schools are being recognized by the Alabama High School Athletic Association (AHSAA) for their sportsmanship during the 2020-2021 school year. Brilliant High School and Hamilton High School are among a total of 131 high schools which will be recognized at the 2021 AHSAA Sportsmanship Luncheon on Friday, July 23, at the Renaissance Hotel and Montgomery Convention Center for having no ejections and no fines for the 2020-2021 school year.
FAYETTE – Bevill State Community College (BSCC) is excited to announce the appointment of Travis Garner as the new Head Coach of the Men’s Baseball Team. Garner started his college baseball career playing for Meridian Community College (MCC). He then went on to start for two years at the University of Alabama (UA) before signing a professional contract with the Kansas City Royals. Since 2008, Garner has worked as a high school baseball coach. The Bevill State Baseball Program is located on the College’s Fayette Campus.
By Scott Johnson General Manager Glen allen - Hard times and alcohol collided on April 26, 1928, in Glen Allen, located in the southeast corner of Marion County, leaving a son arrested for the murder of his father. In his new book, Blood Feud in Marion County, author William Robert (Bob) Baccus of Huntsville dives into the what he has called Marion County’s “most sensational murder” and works to reveal unspoken secrets involving the murder of his great-grandfather, Walter Franklin “Frank” Baccus, at the hands of his grandfather, Lonzo Baccus. Baccus says he never heard this story, witnessed b
By Scott Johnson General Manager Marion County commissioners will weigh whether or not they want to use 6% of its $5.7 million in American Rescue Plan monies to pay the Alabama County Commission Association (ACCA) for legal and administrative aid on how the funds can be used. Marion County Administrator Kalyn Moore told county commissioners during a work session on Thursday, June 10, that they have through Friday, July 16, to decide if they want to participate in the ACCA’s Investing in Alabama Counties (IAC) program, which will help participating counties plan and spend the Rescue funds. The 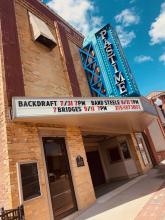 Winfield - The Pastime Theatre in Winfield is excited to announce that performances will be returning to The Pastime Theatre stage this July. On Saturday, July 31, at 7 p.m., the Pastime Theatre will begin its comeback with local talent favorites and Walker County-based country rock band Backdraft. Original band members were all firemen or the wife of a fireman, hence the name Backdraft. Backdraft has now spanned over two decades and continues to offer a variety of music styles from Oldies to Country to Rock & Pop. Backdraft has performed all over Alabama and neighboring states.
The last year or so has been weird. I graduated from Troy University last summer, in the middle of a global pandemic. Which was funny, because I took an elective class on that very subject my first semester at Troy! I spent most of last summer applying for jobs, and strangely enough, ended up in Troy, North Carolina, where I was hired as the sports and features editor for the county paper, the Montgomery Herald. Those of you who knew me growing up know that I was never much of a sports guy, so it was a change of pace to suddenly be THE sports guy.
Well, on Monday, June 7, at 10:53 p.m., we had our baby and she made quite the entrance into the world. My wife woke me up on Saturday morning and told me that she was starting to have some consistent contractions and from there on, we played a very long waiting game. It wouldn’t be until 67 hours later that our baby, Florence Olive Mellini, was born in our home in Hamilton. We did, of course, plan to have our baby at home. That was no accident.
The 2021 legislative session ended last month with an impressive slate of legislative accomplishments. A goodly amount of the credit for the success of the session goes to the leadership of the new President Pro Tem, Senator Greg Reed of Jasper, who just completed his first session in this role. The Senate was deliberate, effective and efficient as it took up a longer than usual list of issues given the legislature’s early departure from Montgomery last year due to the pandemic. The Senate’s accomplishments include successes that range from economic development incentives, COVID-19 relief, leg 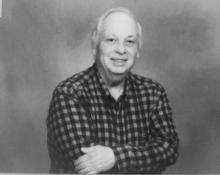 While the passage of time can usher in gray hair and the occasional body aches, one of the most cherished gifts presented with each turn of the calendar is a greater appreciation for dear friends and those who have truly impacted your life. Such is the case in my life with Hamilton resident Bill Nowlin. Most in Marion County know we lost my friend unexpectedly earlier this month. But the impact this Southern gentleman made on me will continue to live well beyond his years...
Marion County officials are all in on a new Marion County Jail. With its selection of two firms for construction management and architectural design on Monday, June 14, Marion County commissioners are making good on campaign promises they all made during the 2018 elections to work toward a new jail facility. WAR Construction of Tuscaloosa and Jim Berry & Associates of Fayette both were key players in the construction of the new Fayette County Jail facility and will be helping with the local project.
Dean Ridings CEO, America's Newspapers As we continue to emerge from the pandemic, there’s a sense of relief and optimism that things will return to normal. Long-awaited family gatherings, birthday parties and graduation ceremonies are finally happening in person. Sporting events have fans in the stands, airports are busy, and we all are in the process of reclaiming those elements of life we’ve missed the past year.

By Scott Johnson General Manager HACKLEBURG - Town officials have given the nod for the Hackleburg Police Department to bring on more help. Hackleburg Police Chief Jeremy Booth was present during the Hackleburg Town Council’s meeting on Monday, June 14, recommending that Jordan Anderson be hired as a police officer in the town. Booth said Anderson is a certified police officer currently working for the Carbon Hill Police Department and previously with the City of Haleyville. He told the council that he and councilman Ronnie “Doc” Hudson interviewed him for the position.

Lexie Aycock of Aycock Dozer and Backhoe clears ground on Tuesday, June 15. at Hoof or Paw’s planned operating site on Marion County Road 2 in the Pikeville Community. The site will be used to operate a no-kill animal shelter. [Scott Johnson/staff] 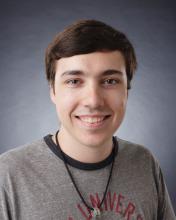 Winfield native Luke Brantley began on Monday, June 21, and will be covering the southern part of Marion County, including Winfield, Guin and Brilliant. 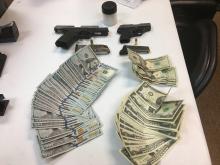