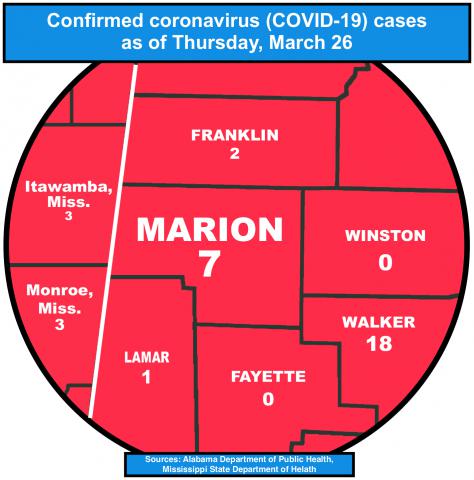 • As of Wednesday, March 25, North Mississippi Medical Center (NMMC)-Hamilton has taken 16 samples without a confirmed case yet. The Hamilton hospital is directing patients to the Tupelo location for sample collections. It is only collecting test samples on-site for those unable to travel.

• Statewide, 472 cases have been confirmed and the state has added its first death. According to State Health Officer Scott Harris, the patient had underlying health problems and was being treated at an out-of-state facility.